"What?" I said.  I wondered why in the world he'd need one of those.

"I have a school project.  I have to make playground equipment or a leprechaun trap which uses six simple machines."

I thought about that.  "Dude.  I don't think a go kart qualifies as playground equipment, or a leprechaun trap.  And besides, how are you going to build a go kart?"

He shrugged.  "I thought you'd help."

"You're going to do this.  And it's not going to be a go kart or some other monstrosity that we can't transport to school."

After a lot of talking about it, we finally settled on the Leprechaun trap.  Of course, he didn't know where to begin.  So I scribbled some ideas, using the six simple machines.  Then I hauled up the Legos and blocks.  "Here you go, kid.  Figure it out."

He did. With a little help from his Lego Master Mama.

Here's what we have: 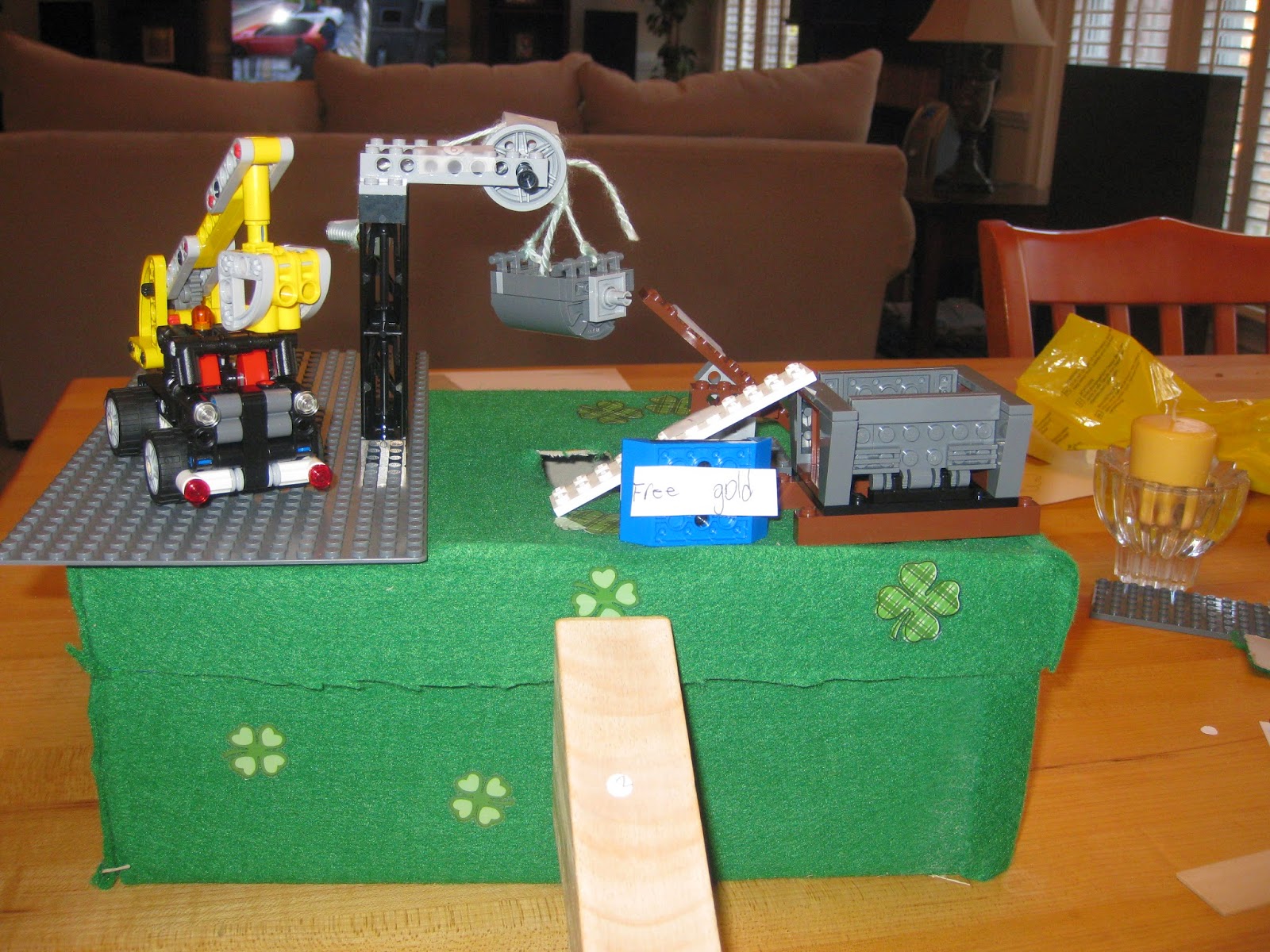 And here's how it works:  Leprechaun sees the sign, "Free Gold," and runs up the wedge ramp.  Then he climbs the incline plane and falls into the gold bin with a trapdoor floor.  If he's not stupid enough to fall into the gold bin, he'll see the see-saw lever reaching up to the hanging basket of gold (which of course is a pulley system using a wheel and axle and screw). His weight will cause the see-saw to tip, sending him into a hole, where he will be trapped.  Until the backhoe digs him out.

What do you think?  I'm fully expecting to catch a leprechaun. (I'll let you know if we do.)
Posted by Sherry Ellis at 1:31 PM