Question of the Month and Burning the House Down 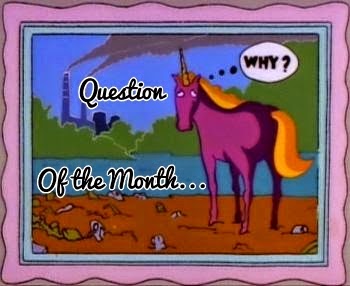 I'm a little late this month for the Question of the Month. But hey, better late than never. Host, Michael Agostino's question is:  What kind of music speaks to you the most?


Classical. It's more complex than most of the popular music your hear on the radio. I actually get kind of annoyed with the same I, IV, V chord progressions that are used in popular music. (I know, if you're not a musician like me, you have no idea what I just said.) I've been known to turn off popular songs because they're too boring, musically. My brain likes complex things. And I really enjoy performing classical music, because in doing so, it evokes an emotional response. I feel music when I play.


What kind of music speaks to you?


My twelve-year-old son, Bubba, likes to cook. Yesterday, he decided he was going to make dinner. He began cooking. A short time later, I smelled something funny. I came downstairs and found the kitchen filled with smoke.


"What are you doing, Bubba?" I asked, opening the back door to let the smoke clear. "Trying to burn down the house?"


"No, Mama." He pointed to a box on the kitchen counter. Bubba Burgers. "I'm making Bubba Burgers. The directions said to fry them three minutes on each side."


"Well, maybe one side was four minutes."


Uh huh. (In case you're wondering, Bubba said his Bubba Burger was delicious. I can't verify that, because I didn't try one. You'll just have to take his word for it.)
Posted by Sherry Ellis at 11:56 AM