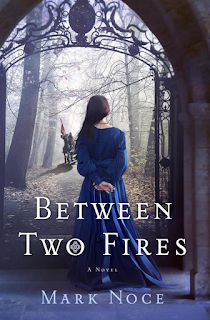 Today at my pad, I have a very talented guest: author, Mark Noce.  His new book, Between Two Fires, has just been released. And let me tell you, it's good! It hooked me from the beginning, and kept me interested to the end.


Here's my review:
Lady Branwen is a sixteen-year-old woman who enters an arranged marriage with the Hammer King, a powerful warlord. The marriage is supposed to unite two kingdoms, but Lady Branwen is nothing but a pawn in an elaborate game. Treachery abounds as many attempts are made to take her life.


Between Two Fires is a compelling historical romance that keeps readers on the edge of their seats. Fantastic characters and continuous action combined with an authentic setting in sixth-century Wales, makes this a truly memorable novel. Highly recommended for historical fiction enthusiasts.


Here's what others have to say:

Praise from Bestselling Authors for Between Two Fires


“A spirited ride through a turbulent slice of Welsh history!” – Paula Brackston, NYT Bestselling author of The Witch’s Daughter


“A fast-paced read that has a wonderfully visual style and some memorable characters. Mark Noce combines Welsh history with a touch of folkloric magic in this promising debut novel. Lady Branwen is a strong and engaging narrator and the turbulent setting of early medieval Wales makes a fine backdrop for an action-packed story.” – Juliet Marillier, Bestselling author of Daughter of the Forest and Wolfskin.


Synopsis of Between Two Fires


But this fledgling alliance is fraught with enemies from within and without as Branwen herself becomes the target of assassinations and courtly intrigue. A young woman in a world of fierce warriors, she seeks to assert her own authority and preserve Wales against the barbarians. But when she falls for a young hedge knight named Artagan her world threatens to tear itself apart. Caught between her duty to her people and her love of a man she cannot have, Branwen must choose whether to preserve her royal marriage or to follow her heart. Somehow she must save her people and remain true to herself, before Saxon invaders and a mysterious traitor try to destroy her.

Places to Order Between Two Fires


And now for the interview:


Thanks for stopping by, Mark!


What inspired you to write a historical fiction/romance set in sixth century Wales?
For me, it’s the first line of a book that really gets me going, and once I had the first line of my novel I could see the whole thing in my head. “Today I will marry a man I have never met.” That line provoked images of Branwen and medieval Wales in my mind and I simply had to write it all down. Plus, who doesn’t love history and romance?


That's a fabulous first line! It amazes me that you can come up with an entire story based on one line!


How much research was involved?


I certainly read all there was on the subject, looked up archaeology, etc., but part of what drew me to the time period is just how little actually survived. We have very little physical and textual evidence to go on, which as an author, allows me some comfortable leeway in crafting my story. For me, it was essential to use a good dose of commonsense, and ask myself what would I do in certain situations? Where would I find food, what would I consider a safe or dangerous decision given the knowledge of the era.


I think you did a great job in making everything seem realistic, even though there wasn't a lot of historical documents for you to utilize.


How long did it take to write?


My first draft usually comes pretty fast, maybe 3-4 months. Then another month or two of edits before handing it off to my publisher. My publisher of course had plenty of rewrite suggestions which I acquiesced to as rapidly as I could, but it would often take months before my publisher was ready to read those rewrites. So the process can get drawn out over a pretty length period of time.


Considering the length of the novel, I'd say that's an incredibly short period of time. You must've been a writing machine!

Do you have any other projects you are working on?
Well, I do have the sequel already written and in the publisher’s hands. It’s entitled The Long Defeat, and chronicles the Welsh dealing with a new threat, the Picts. There’ no officially release date yet, but it’s part of my two-book deal with St. Martin’s Press, so it’ll definitely hit bookshelves eventually.


That's terrific! I look forward to reading it when it comes out.
Fun Questions:
1. If you were an animal in a zoo, which would you be? Cheetah, I love to run fast!
2. If you had a superpower, what would it be? I wish I could talk to animals (yes, beastmaster-esk).
3. If you could live in any period of time, past, present, or future, which would it be? I really do enjoy modern plumbing and hygiene, but aside from that the wild beauty of the colonial frontier in America has always intrigued me.


4. Where is one place you'd like to visit that you haven't been before? Everywhere! I’d love to take a cruise down the Nile in Egypt someday. Or maybe Tahiti too. 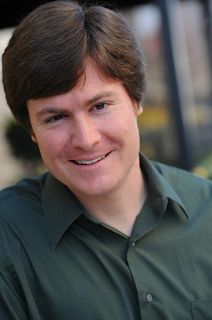 
Mark Noce writes historical fiction with a passion, and eagerly reads everything from fantasy to literature. Born and raised in the San Francisco Bay Area, he’s an avid traveler and backpacker, particularly in Europe and North America. He earned his BA and MA from Cal Poly, San Luis Obispo, where he also met his beautiful wife. By day, he works as a Technical Writer, having spent much of his career at places like Google and Facebook. In addition to writing novels, he also writes short fiction online. When not reading or writing, he’s probably listening to U2, sailing his dad’s boat, or gardening with his family.


His debut novel, Between Two Fires, is being published by Thomas Dunne Books (an imprint of St. Martin's Press and Macmillan). It is the first in a series of historical fiction novels set in medieval Wales.