The Thing That Turned Me and Author Interview with Tonja Drecker

Today, I'm happy to have as a guest, Tonja Drecker, who is a contributing author to an anthology which will be coming out later this year. It's called, The Thing That Turned Me. It's a collection of stories from various authors (including yours truly) about people, places, events, or ideas that have made a difference in a life.

Hi, Tonja! I'm really excited about this new anthology that will be coming out, and I'm so happy that you'll be one of the contributing authors. Please tell us a little about your contribution.
One Small Glowworm takes a historical plunge into the year 1949.  This fictional short story is set in poverty ridden, post war Germany and glimpses at an eighteen-year-old young woman's battle to break free from  the scars and chains of her past.
That sounds intriguing. What a great idea to use historical fiction! What was the inspiration for the story?
When I was first invited to join this anthology, I had a completely different story in mind, but no matter how much I worked on it, the words didn't want to come out right. While I was sulking over chocolate, the memory of something I had once heard while living in Germany popped into my head. . .a spark out of nowhere. And it seemed to fit the theme of the anthology well.
The story is centered around a fairly unknown historical event, but it was something that changed the lives drastically for over 230 German women ages seventeen to their later twenties. I don't want to spoil anything, so I can't say too much. But it was the courage of these women, which inspired me to write this.
I'd love to say more, but it's better if I don't. Knowing me, I'd reveal too much.
Chocolate always helps! This sounds like a great story, and I can't wait to read it!
Has there ever been a person or thing that has made a significant difference in your life?
Yes. Most definitely. There are several things/people which have put my life on its head more than once over the years. I can't image how awful it would have been not to have experienced these 'turning points'. No matter how drastic a change they caused (and I wasn't enthusiastic about all of them either), each of these moments ended up enriching my life more than I could have ever could imagined. I can only hope there are many more to come.
We often think of people or events that turn us as being positive influences. But you bring up a good point. Sometimes even the negative things in our lives make us better people.
Anything else you'd like to add?
Only that I'm very excited about this anthology. There are so many amazing writers involved, and they come from such a large range of genres and directions. It's going to be a real treat.

I agree. This is going to be a great collection of stories.

Where can readers connect with you?

Thank you so much for joining us, today!  Best of luck with all of your writing projects! 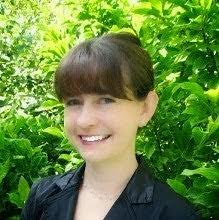 After growing up in Denver, Tonja Drecker followed her heart to Germany.  She enjoyed discovering the harsh secrets behind many fairy tales while exploring forgotten castles and mystical forests with her husband and four children. Now in the Ozarks, she's spending more time writing between pastures and cows. Her stories have appeared in children magazines as well as several anthologies, including Real Girls Don't Rust  (Spencerhill) and SuperHero Tales (Melusine Muse Press).