My son, Bubba, is a lucky dude. Every time he goes to a place that has those machines where you operate a claw in hopes of snatching a stuffed animal or some other prize, he wins. I don't know how he does it. Must be a magic touch.

The other day, he went to a place called Dave and Busters. He had to try his luck at another claw machine. This one contained jewelry and watches. (I guess stuffed animals don't hold much appeal to him anymore, now that he's a teenager.)

He brought the claw down and snagged a lovely necklace. First try. 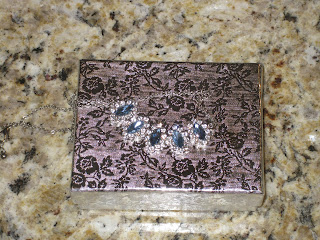 "Keep it in a special place. And maybe eventually give it to somebody. Like maybe a girlfriend for Valentine's Day if I ever get one."

Maybe he can win some stuffed animals, too. I'm sure his date would be thrilled!


Before I go, I want to let you know that I'm doing a Goodreads Giveaway for my book, Don't Feed the Elephant. It's for the Kindle version, and it's a chance to win one of 20 copies. Open to US residents only. If you're interested, you can enter here.