Today, I have a special guest, Mary Schmidt at my pad. I met Mary in Miami at the Readers' Favorite Book Awards. She was one of the winners. When I read her book, When Angels Fly, it broke my heart. Losing a child is the hardest thing a mother could ever go through. I know there are other moms out there who have experienced this loss, and I wanted to bring her here as a person who knows that grief and could in some way offer comfort to others by letting them know they're not alone. 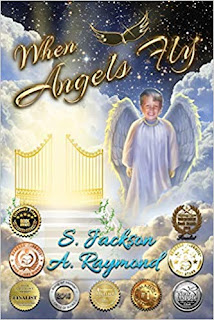 When Angels Fly is the heartbreaking story of your son’s battle with cancer. You wrote it as a journal while you were going through the ordeal. At what point did you decide you wanted to share it with the world as a book?

I never intended to share it with the world or make it into a book. When I was forced to hang up my registered nurse hat, due to long term illness, I came across my old journals from 1990 and thought I should put them into digital format for my living son. I wanted my son to have the legacy of digital format should he be able to read what I wrote at some point in his life. He was age six when this time frame of our lives happened. I wanted a legacy for him, and I wanted to do it while I could – reliving each journal entry was hard, to say the least.  He has yet to read this book due to PTSD from the entire situation. After inputting my notes, I decided to write it smoother as a book format for readability. Next thing I knew, I was a best-selling author. I never saw that coming at all.

What advice would you give to other parents who have children facing a serious illness?

I touch on that in When Angels Fly and I wanted to help other parents, especially those without a nursing background. I shared how to be an advocate for their ill child. It was important to me that other parents should know when to pick their battles with staff. For instance, if a nurse brings in an antibiotic one hour late, no need to pick on that nurse for being late as you don’t know what happened on the unit to cause this, and your child still received their medication. Now, if your child is in pain without pain medication for 30 minutes or has the wrong bag of medicine or nutrition hanging, then that is something to complain about. Advocate for your child but don’t alienate the staff. Choose battles carefully or you risk having staff not wanting to go into your child’s room. Learn how to do your child’s dressing changes, if any, and everything you can learn to do for your child so that you are more involved as a parent. Your child will love you even more for helping them. Be proactive. Learn about medicines and illnesses. Research all of this and be informed.

You had mentioned in the book that it seemed there were a high number of children with cancer in the Colorado area where you lived. Do you know if this was investigated? If so, what were the results? Is it still a problem?

Oh yes, I did write that, indeed. Due to the nature of my memoir, I had to change all names and locations, including the state. To that end, nothing ever happened in Colorado nor had I ever been to Colorado at that point. In the actual state and medical center, this was a true trend, and to me that was alarming. Of note, a certain military base alarmed me. In the 75-mile radius of that base, more children had cancer and more rare cancers at that. Parents that lived on or near the base brought the facts up to the “powers that be”, and they were rebuffed at every chance. Who knows what was happening during night maneuvers, and what contaminates landed on the ground, and in the water supply? Any investigations, if done, came back as normal. It was a cover-up to this very day. Was it investigated? I don’t know. The results? If investigated, all was “normal”. Is it still a problem? 30 years later, I have no idea. In that 30-year span, the base moved to Germany for many years, then it moved back.

Another part of the story involved the abusive relationships you endured with your ex and your mother. What advice would you give to those who find themselves in a similar situation?

My mother was irritating and my ex abusive. Okay, they were both heavily abusive in every way. I had left my ex and filed for divorce. Six months later my son was diagnosed with cancer. My living son remembers seeing my head get smashed into a kitchen all at age five. I would advise others that they can leave, help is out there, safety is possible and paramount to one’s well-being. It took me nine years to move out with my boys (June 1989), and my divorce wasn’t finalized until after my son passed away (died October 1990), and finalized March 1991. No one should be abused. I just knew my ex would kill me as he threatened to do so quite often. I finally became strong enough to leave. The reasons are in my memoir.

So that readers can get to know you a little better, what kind of things to you enjoy – hobbies, interests, etc.?

I’ve always loved art and I’ve done digital design since 1995. I love designing and illustrating, being a creative soul, animating images, and I love photography. My online gallery has both traditional and digital art. I love to read, and I read a bit every single day.

Are you working on another book? If so, please tell us about it. 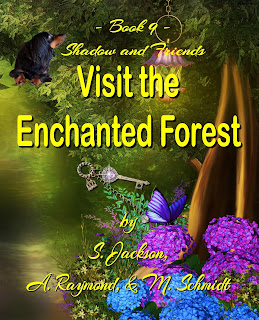 In the last few years, I’ve written 15 plus books. I never saw that coming, either. All of them are children’s books and illustrated, except for When Angels Fly and a small cookbook.  I’ve always loved art and I’ve done digital design since 1995. I was a one-book author for a long time, then I decided to bring out and into the world issues dealing with children such as bullying and sexual molestation, both of which I was qualified to write. After that, my husband, Michael, and I decided that we (meaning me) should write a children’s adventure series starring our backyard wild squirrels. We have nine books in that series. Each book is also a stand-alone picture book.
I just published book nine in a children’s adventure series.
Shadow and Friends Visit the Enchanted Forest
“This enchanting fairy tale, Shadow and Friends Visit the Enchanted Forest, brings forth children’s vivid imaginations after receiving an Enchanted Invitation and Enchanted Key that unlocks a hidden door in an Enchanted Tree. Finding the secret door, they open the door with the magical key and are greeted by an Enchanted Fairy, Lisa, whom they give the key to. Amazing sights are seen such as a Mushroom Family, a beautiful Festival of Lights with speaking butterflies and flowers, time spent at an Apple Harvest Festival, and Mushroom Houses. Truly a land of make-believe and children’s faces alight with pure joy. Children love amazing adventures and this one is full of all kinds of make-believe stories.”

Thank you for being a guest on my blog, Mary! As she mentioned, she animates images. If you'd like your book cover animated with "sparkle" she can do it. I believe it costs $5 and she gives you several versions. Contact her for more details. 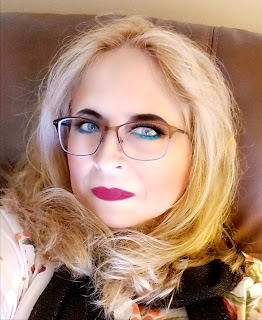 Mary L Schmidt aka S. Jackson is a retired registered nurse, winner of the Leora Stroup award in Nursing for academic excellence and community involvement, as well as graduating with high honors and inducted into Sigma Theta Tau International Honor Society of Nursing. She has written 17 books and has been included in three anthologies. Many of her books have won international medals and awards. She is a member of the Society of Children's Book Writers and Illustrators. She is a member of the Catholic Church, and has taught kindergarten Catechism; she has worked in various capacities for The American Cancer Society, March of Dimes, Cub and Boy Scouts, (son, Gene, is an Eagle Scout), and sponsored trips for high school music children. She loves all forms of art but mostly focuses on the visual arts; amateur photography, traditional, and graphic art as her health allows. Together with her husband, Michael, the like fish, read, play poker, travel adventures, and spending precious time with their grandchildren, Austin and Emma.