I didn't see anything in the house, so I went outside.  The entire neighborhood was enveloped in a shroud of smoke.  And it smelled awful.  It seemed my neighbor's house was the culprit.  Smoke billowed out from their backyard.

"Mom, their house is on fire!" my son yelled.

I wasn't sure if their house was on fire, or if there was something completely out of control going on back there.  But I did what most sane people would do.  I called 911.

The firetrucks arrived, along with a squadron of police cars and an ambulance.  Apparently a few other neighbors were concerned, and did the same thing as me.

The firefighters went behind the neighbor's house to investigate.  About ten minutes later, they came back and hooked up their hoses to the fire hydrant.  Then they marched back to soak down whatever was causing the smoke.

When they were finished, my husband went out to ask the firemen what had happened.

"They were burning grass," one of the firemen said. "It just produced a ridiculous amount of smoke."

Now here's the weird part of the story.  Apparently, grass burning is quite common here in Georgia.  I'm not talking a pile of grass clippings.  I'm talking an entire yard of planted Bermuda grass.    As you walk around the neighborhoods here, you will see blackened yards.  I thought at first it was dirt or some kind of odd fertilizer that people were putting down. But no.  They literally set their yards on fire to make the grass black.  Why?  Because they think setting their grass on fire will make their grass greener when it comes back.

Haven't these people heard of aeration or fertilizer? They'd rather set the whole neighborhood on fire? This Yankee doesn't get it.  All I have to say is, Oy Gewalt! 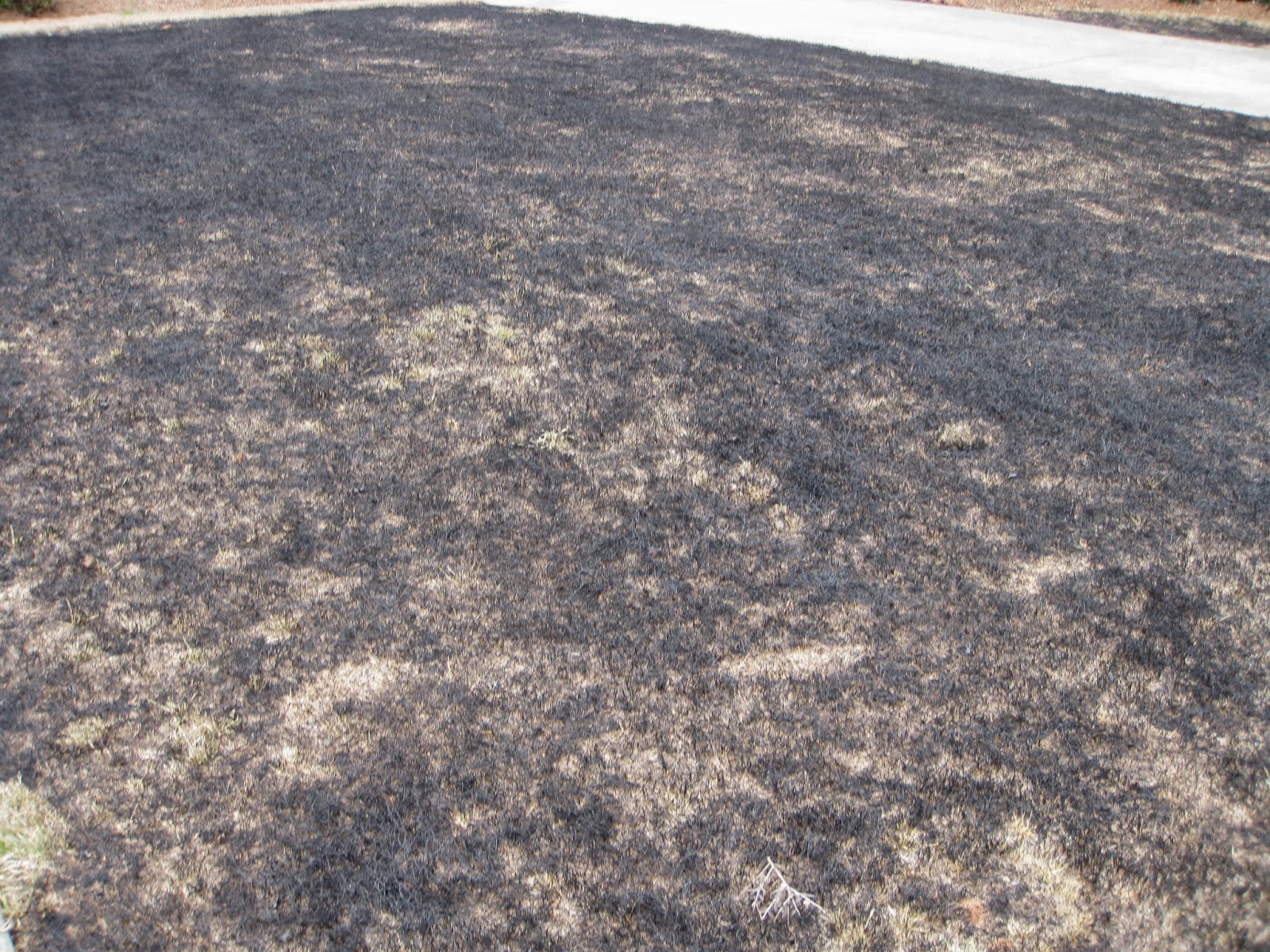 Before I leave, I'd like to say thank you to everyone who visited epublishing blog where I am a guest.  Thank you for sharing the article (if you haven't seen it, it's still up).  I know you're all busy with the A-Z challenge, so it means a lot that you took the time to hop over there!  You're awesome!