I love school projects.  Especially ones where Mama has to do a lot of the work. Which is pretty much how all of them are.  Last night's great project was making cake pops for my daughter's Market Day, which was today.  I made the cake, crumbled it up, added frosting, and then rolled the mixture up into cute little golf-ball sized concoctions.  Then I put them in the refrigerator for four hours.  They were ready to go when I came back from my son's Krav class.

"Come on, girlfriend," I called to my daughter. "It's time to finish these cake pops."

She wandered down the stairs.  "What do I do?"

"How about read the directions and figure out how to melt the chocolate."

"Okay," she said, and went to work.  Two minutes later, she looked at the melted chocolate that she had pulled out of the microwave.  "Mom.  What's wrong with this?"

I looked at it. It was a sticky mess.  "I'd guess it was nuked a little long."

I agreed to do one batch and show her how it was done, but she had to do the rest.  Which she did.

Then she had this brilliant idea to make them look like the French flag.  This wasn't easy, because almost half of the cake pops fell off the stick as they were dipped into the chocolate. She had to dip those things three times - in blue, white, and red chocolate.  To her credit, she did this herself.

Then it was time to package them.  "Mom," my daughter said, after trying to do it herself.  "I'm going to break these things.  Can you do it?"

So at 10:30 at night, I was painstakingly packaging cake pops.  When I was done, I asked my daughter how she planned to transport them to school.

I looked around and spied the cat litter box.  Fortunately, it wasn't in use.  So I cleaned it up and used it as a cake pop transporter.  My daughter was not exactly thrilled about transporting her cake pop project in a kitty liter box.  But hey, this is how I roll at Mama's Cake Pop Shop. Only the best! 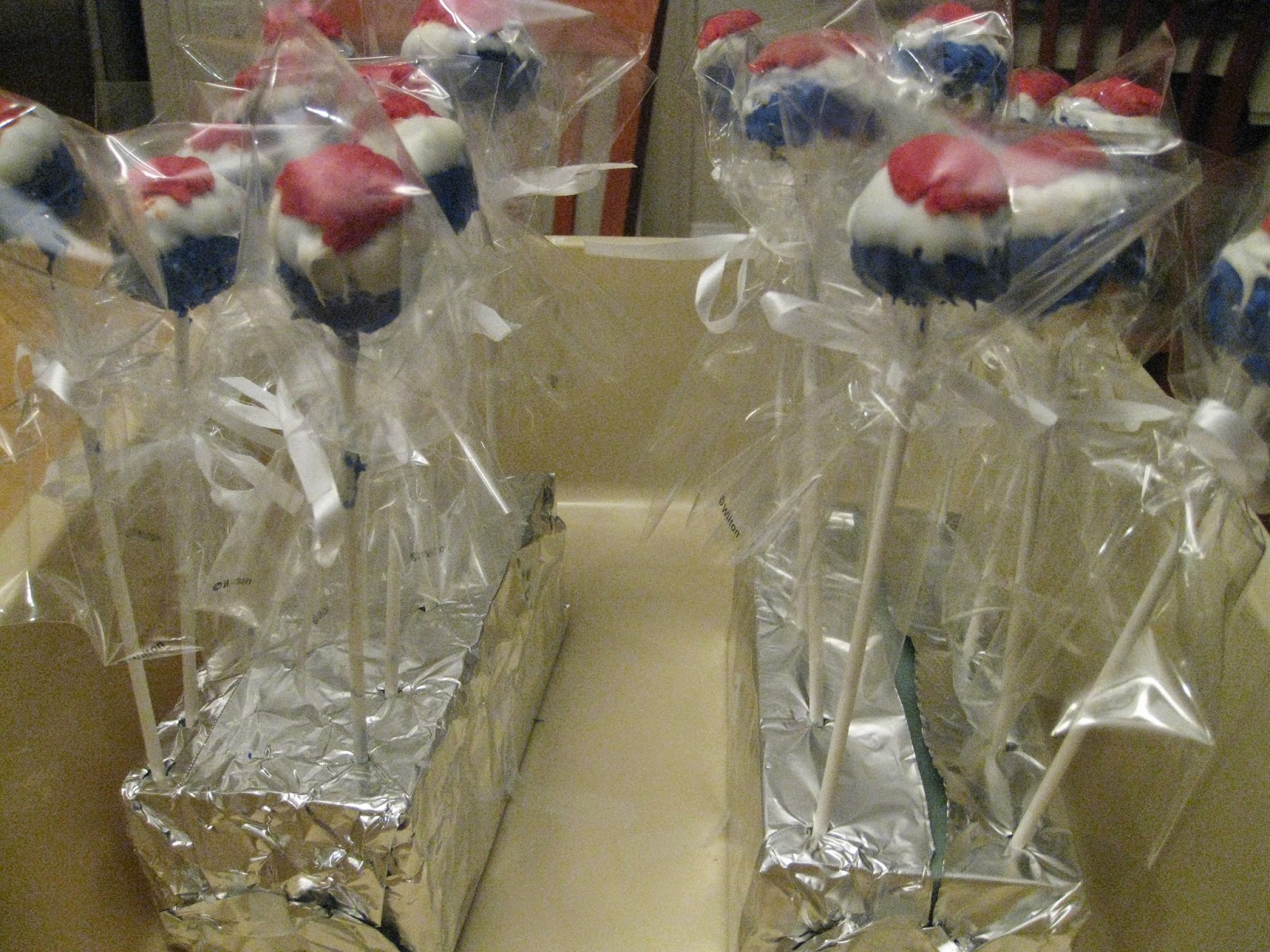