You may recall, if you've been following me for a while, the trip to Vidalia, Georgia, for the Vidalia Onion Festival.  It was a really pathetic experience.  We saw a grand total of two bags of Vidalia onions in that place.  There were no blooming onion stands.  No onion rings.  No onion farms.  Nothing.  I'm talking an onion festival with virtually no onions.  So when we came home, we decided to have our own Vidalia Onion Festival.

It began with an onion experiment.

"Mama," my son said, picking up a large Vidalia onion we had purchased from the store.  "What would happen if we let this thing sit for a long time?"

He was thrilled about that.

So, here we are, about six weeks later.  Our onion has sprouted, and is growing nicely: 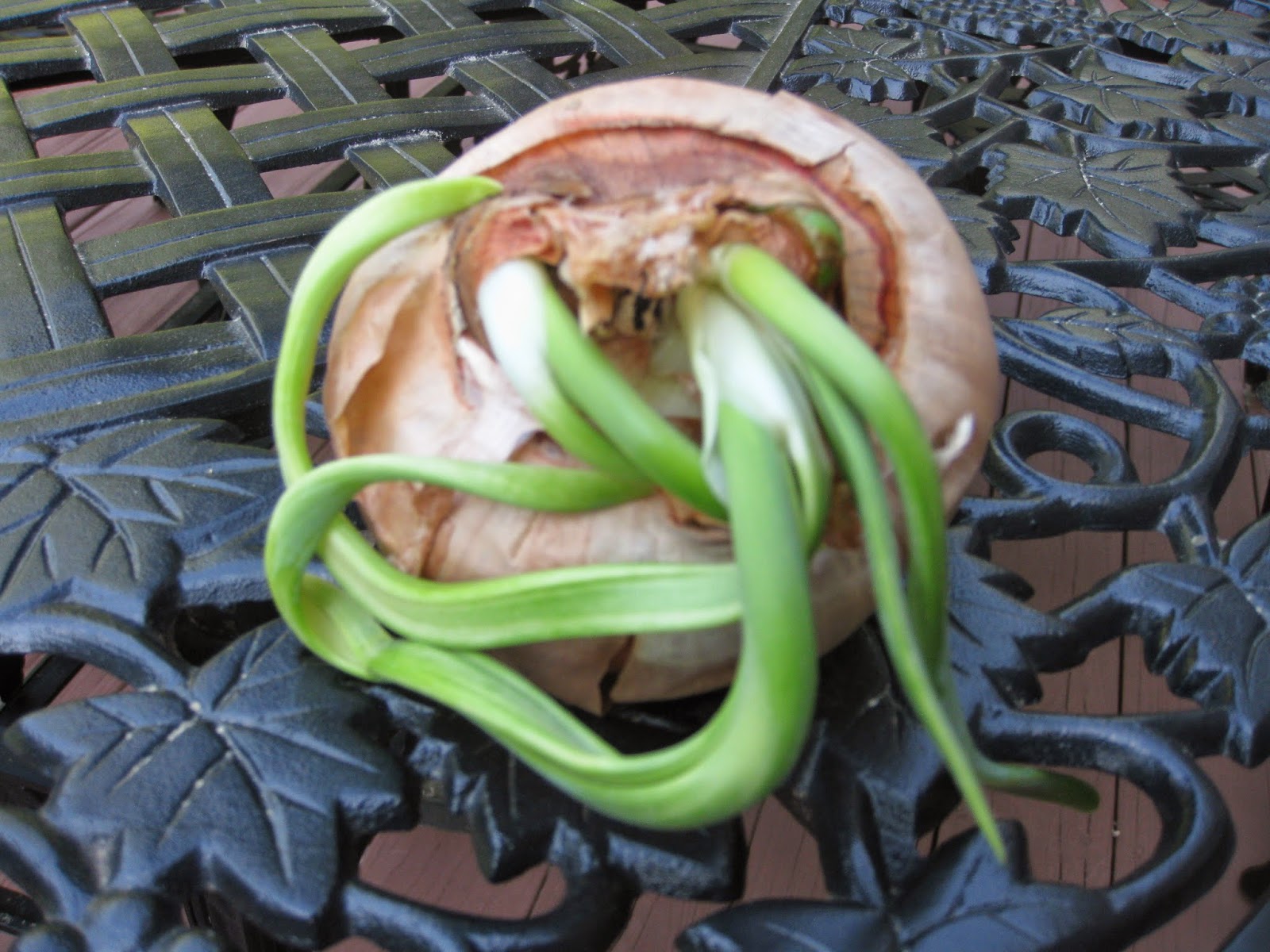 "Sure.  We'll grow a thousand of them.  And then we'll invite all the folks from Vidalia, up here to Atlanta, and show them how a real onion festival is done!"
Posted by Sherry Ellis at 1:28 PM