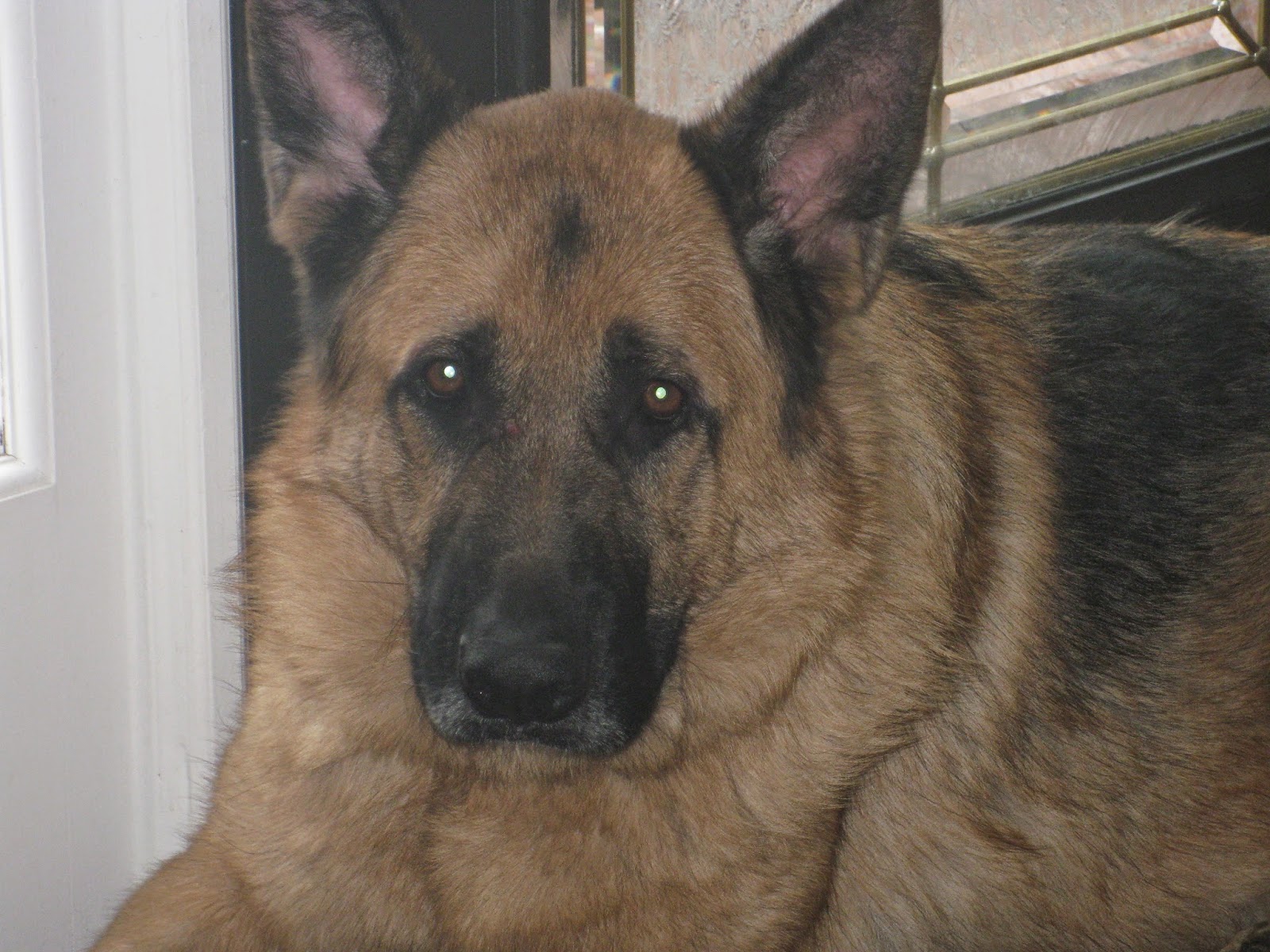 The canine you see in the picture has been a very bad dog!  His name is Schultz, and he's our hundred pound German Shepherd.

My husband looked around.  "I don't know.  I thought he was with you."

Thus commenced the dog search.  I stayed home while the search party went out.  It's a good thing I did, because while they were out, an unfamiliar car pulled into my driveway.  I looked closely, and who do you think I saw?  Yes.  The giant beast in the back seat, taking up practically the entire back end of the car.

I guess he had wandered into another neighborhood, a ways away, and found another dog to play with.  Fortunately, Schultz is a nice dog, and let the other dog's owner put a leash on him, and take him home.

(And what did the cat think of all of this?  This picture pretty much sums it up:) 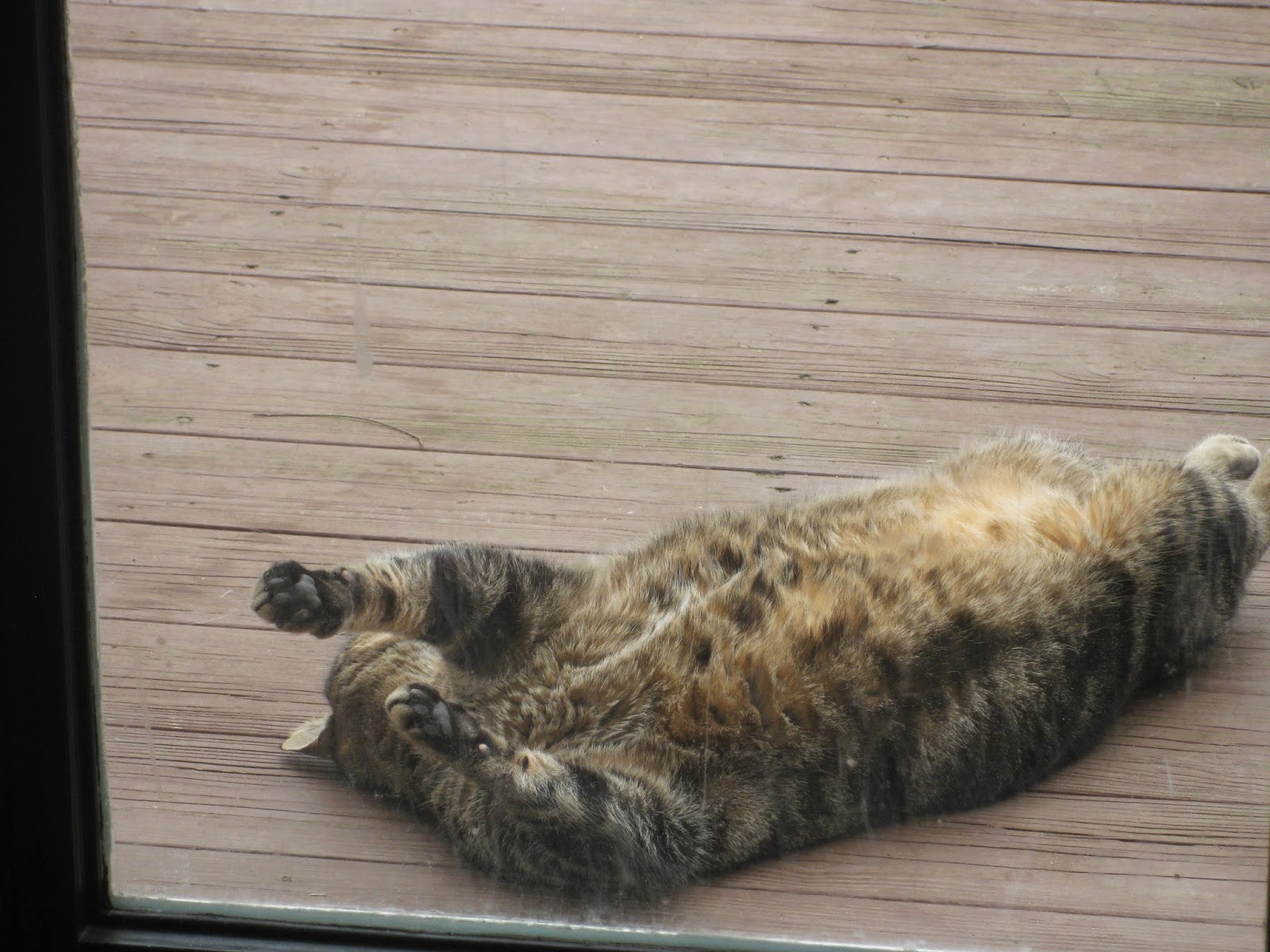