The other day, I caught my eleven-year-old son sitting at the kitchen table. He had a jar of pickles in front of him. The boy was eating the pickles.

I sat down next to him and watched. The kid literally ate four pickle spears while I was sitting there. When he was done, there were two pickles remaining.

"Dude, how many pickles did you just eat?" I asked.

He shrugged. "It was a new jar, so just about all of them."

I calculated that there were eight pickle spears in each jar. Bubba had eaten six of them.

"Yeah. They were good. McClure's pickles are the best! Can you get more when you go to the store?"


Before I go, I just want to say I'm going to be a little sporadic about posting for a while (in case you haven't noticed). I'm writing pieces for two anthologies, and I'm also preparing for a viola recital in a few weeks (in addition to my usual insanity.) If you're in the Atlanta, Georgia area, I invite you to come and hear me play.  Here's the information: 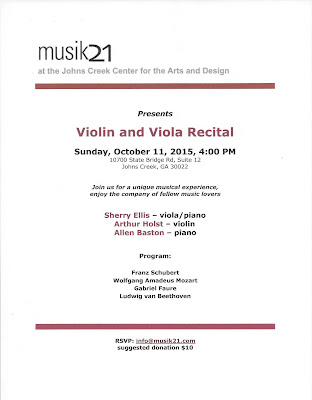