My son, Bubba, has been speaking with an accent. I'm not sure if it's because he's around so many foreign kids at school, or if it's just because he thinks that sounding like an Australian dude is pretty cool. Regardless, it has been challenging to understand what he's saying.

The other day, it was his teacher's birthday. When he came home from school, I asked if they did anything special for her.

I nodded. "A cod. One of those fish things that swim around in the ocean. I know what a cod is. I imagine it would be difficult to catch one and write your name on it. They're kind of slippery. And I'm not sure how well a Sharpie marker would work on it. So how did you do it?"

He rolled his eyes. "Mama, you know what I'm talking about. It was a paper cod."

Oy! This is way too confusing for my primitive mind to comprehend! 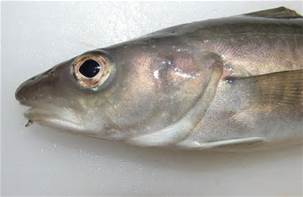