Our German Shepherd, Schultz, got into a little trouble yesterday. It started with a game of fetch the tennis ball.  It was uneventful until Schultz spotted a herd of deer in the woods. Then the adventure began. He took off after that herd, at breakneck speed. He and about ten of those oversized rodents disappeared into the woods.


My husband called the dog, but there was no response. We knew it was time to send out the search party. My husband got into his truck and checked the usual places, which included Schultz's girlfriend's house. The Golden Retriever was sunning herself on the porch, but there was no sign of Schultz.


Two hours later, there was still no Schultz. We were getting worried. After hiking through the woods, calling the dog's name, my husband decided to go out with the truck one more time. I stayed home to see if anyone would call to report that the dog had been found.


A half hour later, I got a call. Schultz was about five miles away. Dog tired, he had wandered into someone's yard. That person had a couple of dogs, too, so I guess Schultz figured that was a good place to go. The person gave us their address, and my husband went to get him.


I hope he really enjoyed chasing those deer over the river and through the woods. I can only imagine how tired and terrified those deer must've been to be chased by such a ferocious beast for that long!


(Schultz, in case you are wondering, is still quite exhausted from the ordeal. I don't think he'll be doing any more chasing any time soon!)


Before I go, I want to let you know that The Thing That Turned Me Anthology, for which I am a contributing author, will be released on May 31, 2016.


Here's the info on my piece:


Title:  Finding My Voice
Genre:  Nonfiction/Inspirational
Blurb:  One caring teacher plus a little music equals a life changed for the better. 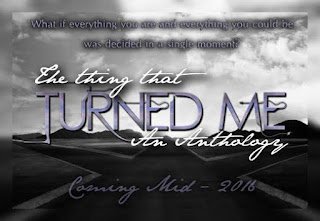