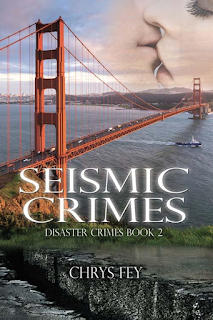 How did you come up with the idea to write a series involving natural disasters, crime, and romance?


At first I didn’t have the idea. I published Hurricane Crimes and thought that was it. Then a couple readers expressed wanting to know what happened before and after Hurricane Crimes. I pondered a sequel and realized that the story wasn’t over…a killer was still at large. As soon as I thought of the second book, the idea of a series bloomed, and I knew they would all feature a different disaster and contain what I love about romantic-suspense stories: crime and romance.
I'm so glad you decided to continue the series. Book 2 is just terrific!

The earthquake scene was so realistic. Have you ever experienced an earthquake firsthand?


I have never experienced an earthquake. The closest I got to this was the Disaster! ride at Universal Studios. While you’re sitting in a subway train, there’s an earthquake and a water main breaks, sending a wave of water toward you. I remember sitting on the side where the water comes and thinking it was going to go over my head.
I've never been on that ride, but I have been in two earthquakes. Not fun! You did a great job with the scene, because it pretty much matches the reality of what happens during an earthquake.

What's your favorite scene in the book?


The fight between Donovan and the killer. It is intense and brutal. I wrote it all in one sitting while listening to some rock music.
That was seriously intense! I guess listening to rock music would really set the mood.


What did you enjoy most about writing this book?


I am fascinated by disasters, so I enjoyed learning all about earthquakes: the science behind them, real firsthand accounts, and the aftermath to cities. I created pages and pages of notes.
You did a great job on the research, because like I said before, the earthquake scene was very realistic.

What are your future writing plans?


I’ve submitted Book 3 in the Disaster Crimes to my publisher for consideration. The disaster in this one is a tsunami. The stakes raise like never before!


And I am currently writing Book 4!
Excellent! I can't wait to read them!

What do you like to do when you're not writing?


Garden. Read. Relax. Go to local libraries. Take nature walks. Anything that gets me out of the house or helps me to unwind.
That's a big contrast from the crime fighting books you write!

If you had one super power what would it be?


I’d like to be able to talk to animals, and even plants. I’d never be lonely. I could have full conversations with my sunflowers and my cats!
That would be pretty cool, although I'm not sure I'd really want to have a conversation with my dog. He's nuts!

What is one place you want to visit that you haven't been to?
Ireland. Going to Ireland has been my dream since I was a little girl. I’m saving up for it…one dollar at a time. ;)
I hope you get there. I've heard the castles are fascinating.  But watch out for ghosts. :)

Where can we find your book?


An Internal Affairs Investigator was murdered and his brother, Donovan Goldwyn, was framed. Now Donovan is desperate to prove his innocence. And the one person who can do that is the woman who saved him from a deadly hurricane—Beth Kennedy. From the moment their fates intertwined, passion consumed him. He wants her in his arms. More, he wants her by his side in his darkest moments.


Beth Kennedy may not know everything about Donovan, but she can’t deny what she feels for him. It’s her love for him that pushes her to do whatever she has to do to help him get justice, including putting herself in a criminal’s crosshairs.


When a tip reveals the killer's location, they travel to California, but then an earthquake of catastrophic proportions separates them. As aftershocks roll the land, Beth and Donovan have to endure dangerous conditions while trying to find their way back to one another. Will they reunite and find the killer, or will they lose everything?

MY REVIEW:
Investigator, Donovan Goldwyn, was framed for the murder of his brother. The only person who can help clear his name is Beth Kennedy, a young woman who helped him during a hurricane. As the two become romantically involved, they find themselves travelling to California, where they endure yet another natural disaster: This time, an earthquake. It's a life and death battle, struggling to survive the earthquake and avoid being killed by the dangerous criminals.

Seismic Crimes is an action-packed novel that contains a little bit of everything. There's the suspense of a crime-fighting story, the adventure of surviving natural disasters, and the passion of romance. Just when you think the protagonists will get a break, something else happens. The action continues all the way into the last chapter. The chapters where the earthquake occurs are very well-written. Readers can easily picture the dangerous scene that unfolds. Fans of romantic suspense novels will enjoy this book.  (5 stars) 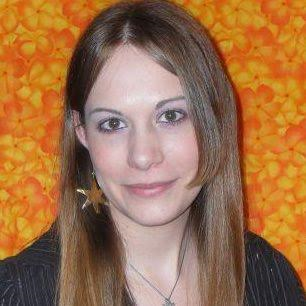 
Chrys Fey is the author of Hurricane Crimes, Book One in the Disaster Crimes series, as well as these releases from The Wild Rose Press: 30 Seconds, Ghost of Death, and Witch of Death. She is an administrator for the Insecure Writer's Support Group and has participated in the Blogging from April A to Z Challenge.


When Fey was six years old, she realized she wanted to be a writer by watching her mother pursue publication. At the age of twelve, she started writing her first novel, which flourished into a series she later rewrote at seventeen.