The Vanished Knight Book Release and the Spritz Drink 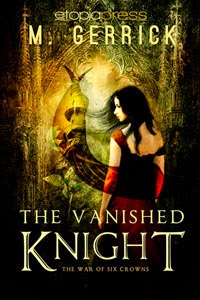 Misha Gerrick has a new book out, and I'm helping to spread the word.  It's called The Vanished Knight.  Here's the blurb:

The Black Knight, Nordaine’s crown prince, has no legitimate blood heirs, meaning someone must be appointed to succeed him. With two of the candidates’ families willing to kill for the appointment and the third candidate being seen as a threat to all, peace is balanced on a sword’s edge.
But then the Black Knight vanishes.
Darrion and Gawain, two of his possible heirs, set out to find him, but after they rescue an earth-girl from Merithian soldiers, they discover she has possible ties to Nordaine. Not only that, but Callan Blair could be an Elvish princess. And war looms on the horizon…


You can find The Vanished Knight on Amazon.


Now for the Spritz Drink:

I walked into my daughter's room to help her with her homework last night.  What did I find her doing? Spraying water into her mouth with a spray bottle.

"Because I'm thirsty," she replied.

I looked on her night stand.  There was an empty glass sitting there.  "Why don't you act like a civilized human being and get yourself a glass of water?"

She picked up the glass and looked at it.  Then she sprayed water from her bottle into it and took a sip.

I shook my head.  "Girlfriend, why don't you just go to the kitchen, and fill it up with water from the refrigerator or tap?"

"It tastes better when it's spritzed."

Right.  It couldn't be that she's just being a lazy teenager who doesn't want to walk twenty feet to get herself a glass of water!  Could it?